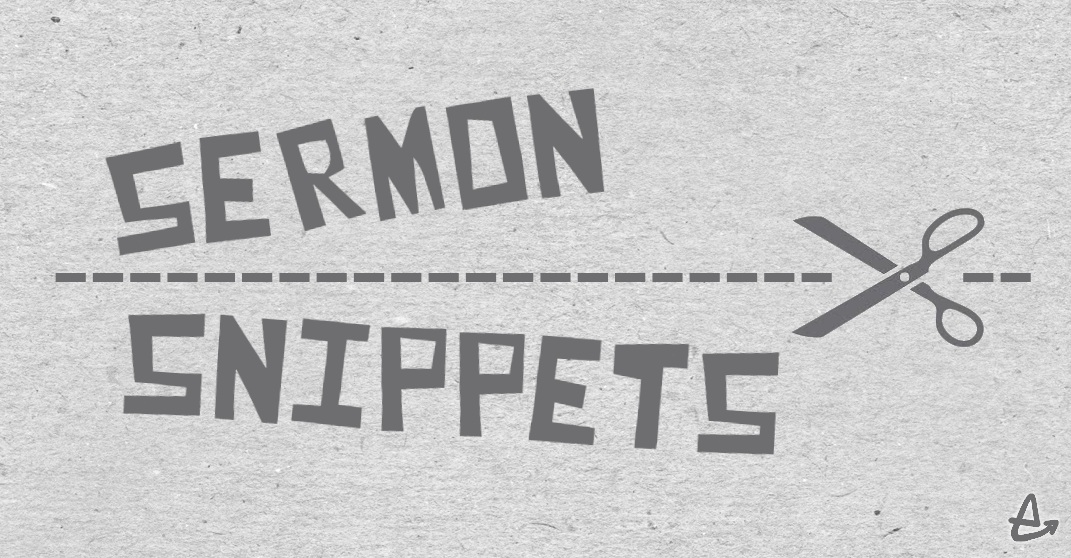 ‘Sermon Snippets’ is an occasional series, taking bitesize chunks from our Sunday sermons.  The following excerpt is adapted from a sermon on Hebrews 4:14-5:10, preached by Nigel Styles last Sunday.  You can listen to the whole sermon here.

Jesus is our Great High Priest.  The thing is: why do I need one?!

If we travel back to the Old Testament and to Leviticus 16 we know that that on the Day of Atonement, after an animal was sacrificed, it was the job of the High Priest to carry some of its blood into the Most Holy Place where the Lord was said to be.  This was a moment of supreme danger, for God in his burning holiness is dangerous.  That blood of sacrifice was the one thing between the holy and the unclean.

Imagine the huge relief when the High Priest came back out again.  His reappearance said that God had found a way to reconcile unholy people to his own holy self.

We may feel squeamish at all this.  We might think that it sounds primitive to try to ‘bribe’ a deity with animal blood!  But what do we know about it?  What makes us think we’re the experts on how to approach God!

Of course sinful people like us can’t just draw near to a holy God. The system of Old Testament priests makes that very clear.  Without a go-between, we could never get within a million miles of God.

We’ve become used to hearing about the terrible ‘improvised explosive devices’ placed all over Afghanistan.  Because there are so many, and because they have had such devastating effects on our troops, the bomb disposal expert is a vital resource in modern warfare.  He is the one sent in to defuse an explosive situation.  Old Testament priests were like that – sent into God’s presence to clear a path through the minefield of God’s condemnation of sin.  Their work made it possible for God and sinners to meet … safely.

All of that happened at God’s direction because he was looking forward to the cross where the very last sacrifice would be made: a full, perfect, and sufficient sacrifice for the sins of the whole world.  The Son of God bore the wrath of God.

And then just like the Old Testament High Priest, Jesus took up that blood from his own sacrificial death, ascended into heaven, walked into the presence of God and sat down at his right hand.  He could sit because his work of being a sacrifice was completely finished.

But there’s still much for Jesus to do in heaven.  Even now, he is being our high priest.

Every time we try to approach God, it’s as if God asks, ‘And who do you think you are?’  And Jesus takes his Father’s finger to feel the scars in his hand where nails went in.  Those are the reminder of his sacrifice.  Jesus doesn’t need to say anything.  He just needs to sit there, presenting the blood from his sacrificial death.  That is how he intercedes for us.

And Jesus is still doing that right now.  For example, when we come to pray, Jesus is sitting next to his father, being our high priest, presenting evidence of his finished work for us so we can draw near to the throne of grace.

Through Jesus, our great High priest, the minefield has been cleared.  The explosive situation defused.  And it is now safe to ‘enter’.

Listen to the rest of the sermon here.